This chart compares temperatures and chance of rain in Dresden and Amsterdam. Especially in Spring (from March) and Autumn (until October) temperatures in Rathen tend to be more agreeable than in Amsterdam.

It is a lovely place to be in  the summer months when temperatures are – on average – 4 to 5 degrees higher. In the evening there might be the occasional – but usually short-  thunder storm.

In winter temperatures are easily 4 to 5 degrees lower than in the average Dutch winter.

There is a fair chance to see the tops of sandstone pillars covered in white. Magic!

Snow will stay a bit longer  in the higher surrounding areas. Winterberg for example lies 556 m above sea level. 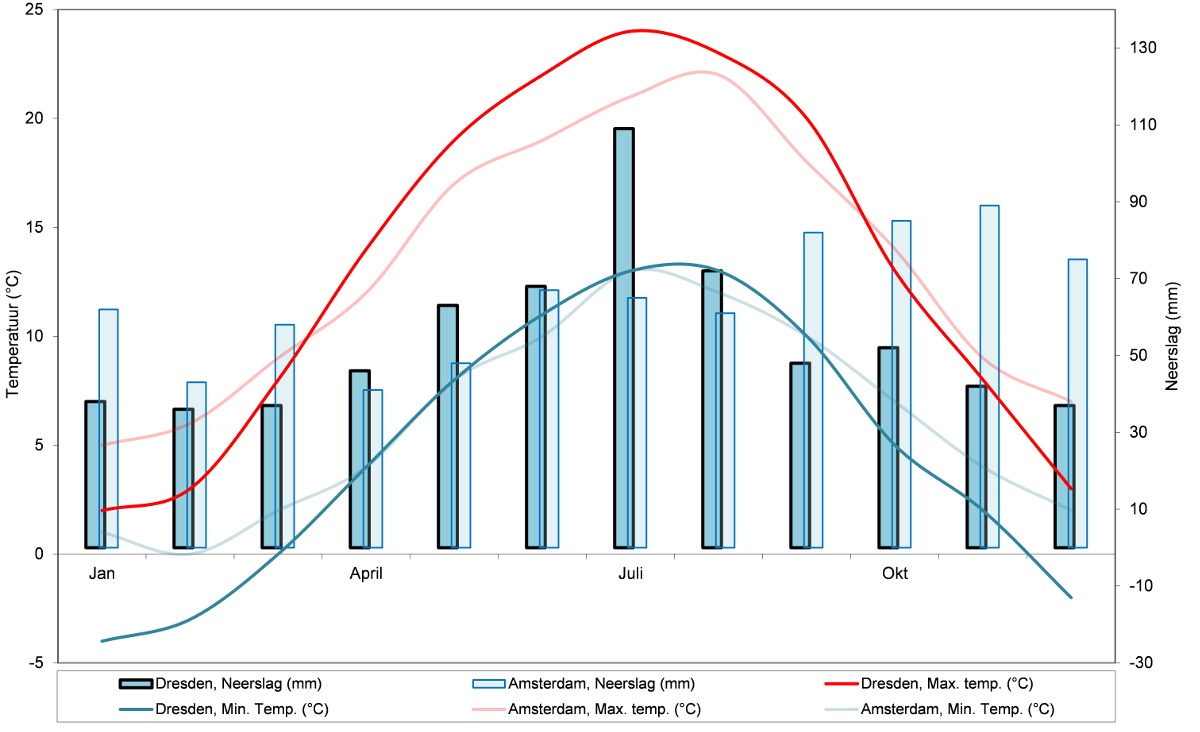 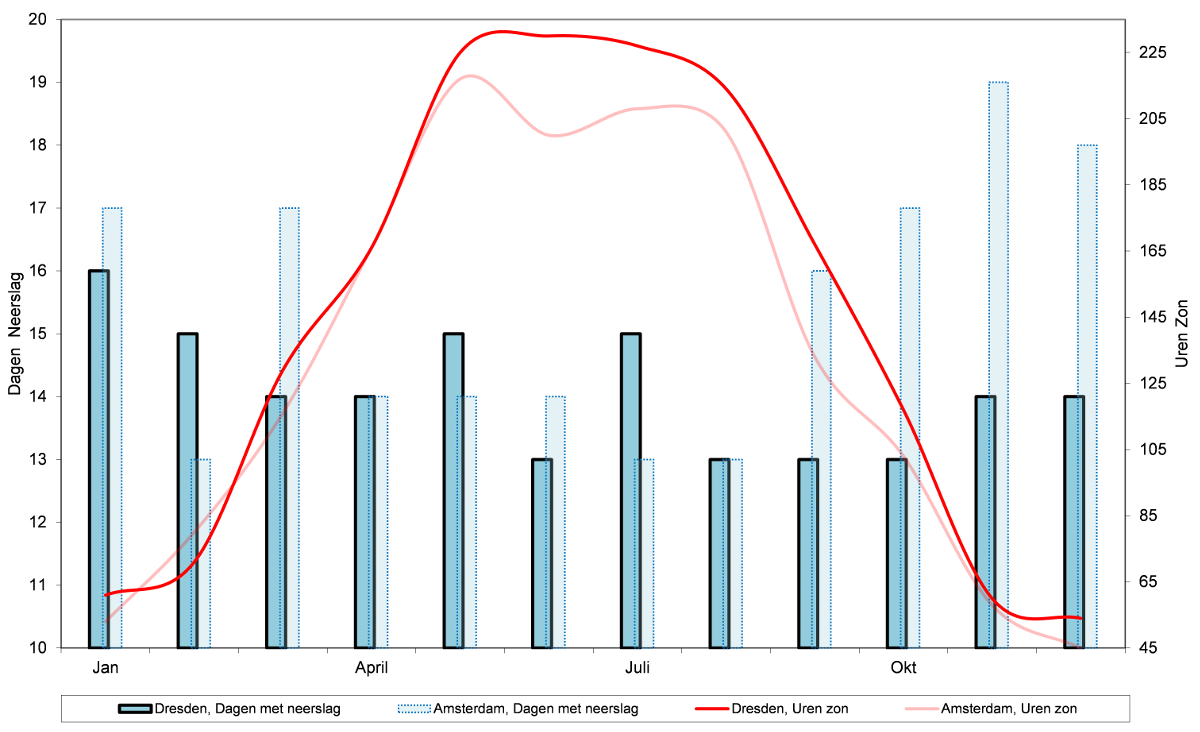